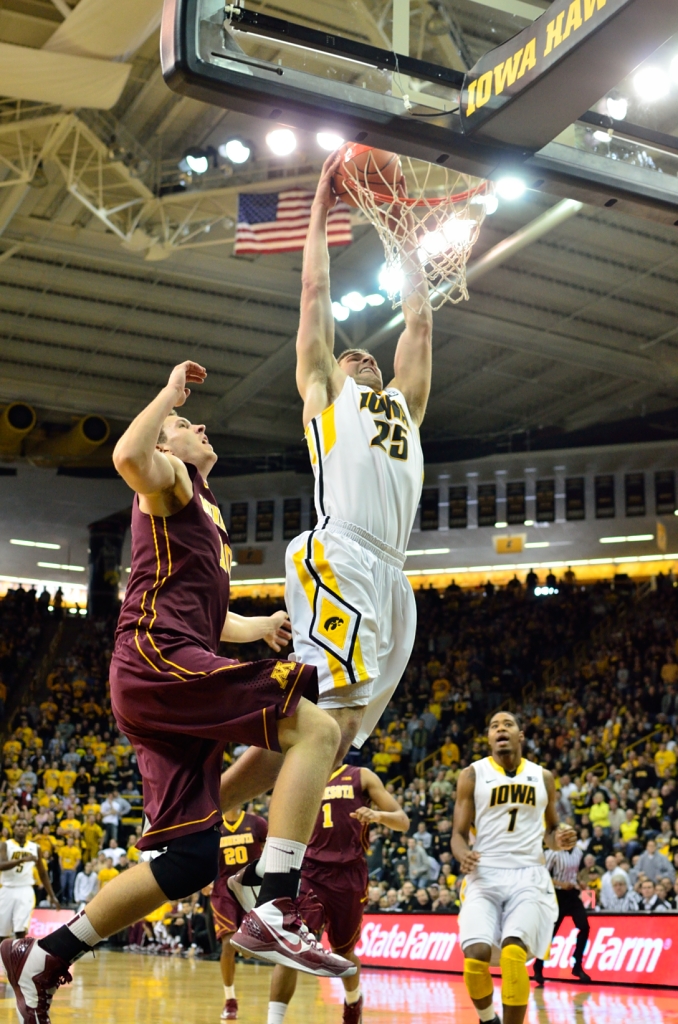 IOWA CITY – The Iowa men’s basketball team fell into a huge early hole against the Minnesota Golden Gophers Sunday afternoon, but you’d never know it looking at the final score.

Iowa came back from a 16-point first half deficit and beat Minnesota 72-51 in front of a sold-out and frenzied Carver-Hawkeye Arena crowd.

Devyn Marble scored a team-high 15 points, 13 coming in the first half as Iowa climbed back into the game as Minnesota poured it on early. He has reached double-figures in the past three games, scoring a combined 58 points.

Shooting 48.8 percent from the field, Iowa improves to 16-3 this season when shooting 40 percent or better.

Eric May scored in double-figures for the first time in Big Ten play this season. He also led the team in rebounding, pulling down seven boards.

Gesell had a career-high four steals, all of which came in the first half. Iowa had 12 steals as a team, one off its season-high mark.

Iowa improves to 13-2 at home this season, and to 24-0 when holding opponents to less than 60 points in the past three years.