State of the Union: More troops may return home 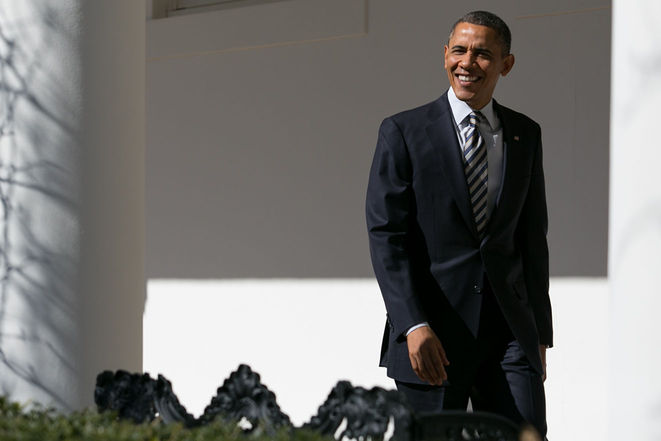 WASHINGTON, Feb. 12 (UPI) — President Obama was expected to say in his State of the Union speech Tuesday 34,000 U.S. troops will be home from Afghanistan by this time next year, CNN said.

The withdrawal would cut the number of U.S. troops in Afghanistan in half — there are about 66,000 troops in the country now, CNN reported.

Obama met with Afghan President Hamid Karzai last month in Washington and agreed to accelerate the burden of the military role from U.S. to Afghan troops, the report said.

The administration is looking at a range of U.S. troop levels to remain in Afghanistan past the official withdrawal at the end of 2014, CNN said, from about 15,000 to zero.

Obama also was expected to outline “his plan to create jobs and grow the middle class,” the White House said.

“You will hear in the president’s State of the Union an outline from him for his plan to create jobs and grow the middle class,” White House spokesman Jay Carney said of the 9 p.m. speech before a joint session of Congress.

“The middle class is the engine that drives this country forward and which will, if it is given the right tools and the right opportunities, drive us forward in the 21st century,” Carney said.

Obama himself previewed his speech last week, telling congressional Democrats meeting in Leesburg, Va., Thursday creating middle-class jobs means focusing “on education and that every young person is equipped with the skills they need to compete in the 21st century.”

“It means that we’ve got an energy agenda that can make us less dependent on foreign oil, but also that we’re cultivating the kind of clean energy strategy that will maintain our leadership well into the future,” Obama said.

“It means that we’re going to talk about, yes, deficits and taxes and sequesters and potential government shutdowns and debt ceiling — we’ll talk about that stuff, but all from the perspective of how are we making sure that somebody who works hard in this country — a cop, or a teacher, or a construction worker, or a receptionist — that they can make it if they work hard, and that their kids can make it and dream even bigger dreams than they have achieved.”

The sequester refers to automatic across-the-board spending cuts to defense and domestic programs, amounting to some $1 trillion in10 years, set to go into effect March 1 without congressional action.

If Obama talks about avoiding the sequester or reducing the federal deficit through more tax revenue from the wealthiest Americans and fewer spending cuts, he will face a bitter fight from Republicans, Senate Minority Leader Mitch McConnell, R-Ky., said.

“I assure you, my constituents in Kentucky will not accept a tax hike in place of spending cuts already agreed to by both parties — I suspect none of our constituents would,” McConnell said in the Senate floor Monday.

“And they won’t tolerate Democrats’ continued avoidance of their responsibility to deal with huge threats to our economy and our future,” McConnell said.

Carney said Monday Obama supports closing “loopholes in our tax code that are available to wealthy individuals or corporations.”

Obama also told the lawmakers Thursday he would push in his address for immigration reform because that would help make sure “we’re opening up opportunity for everybody.”

He said he understood there were regional differences on immigration reform across the country. “But what I also know is that part of our strength is our youth and our dynamism, and our history for attracting talent from all around the globe,” he said.

He said he would also push for gun control, even if limited, after the Dec. 14, 2012, Sandy Hook Elementary School shooting in Newtown, Conn., that left 20 schoolchildren and six adult staff members dead.