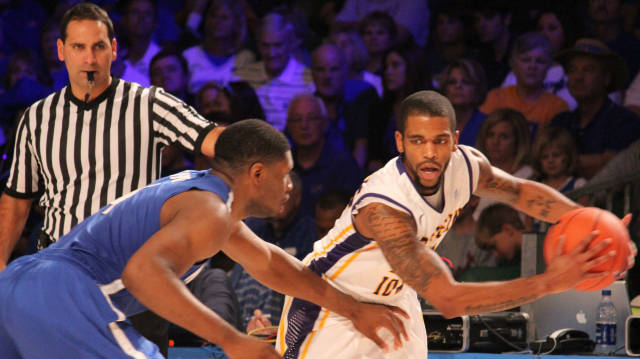 OMAHA, Neb. (AP) – Doug McDermott scored 21 of his 31 points in the second half and No. 12 Creighton pulled away for a 79-68 win over Northern Iowa on Tuesday night.

The Bluejays (17-1, 6-0 Missouri Valley Conference) won their 11th straight game and are off to their best start in program history.

McDermott had his second straight 30-point game and fifth of the season. He came into the game off a season-best 39-point night against Missouri State last Friday.

McDermott scored 28 points in the second half against Missouri State, and he saved his best after the half again Tuesday after he and his teammates struggled early.

Austin Chatman, who finished with 12 points, made two straight 3s to get his team going. Grant Gibbs, who had 11 points, hit a shot from beyond the arc and then muscled his way into the lane for another basket to give the Bluejays the lead for good late in the first half.

The Bluejays didn’t appear to have an answer for James and Koch. James slithered through the lane at will for a half-dozen layups, and Koch scored on strong moves to the hoop.

But Creighton chipped away with its inside-outside offense and used a couple runs to take control.

UNI came to Omaha off a 31-point win over Bradley Saturday, the Panthers’ largest margin of victory over an MVC opponent.

Marc Sonnen, who made seven 3-pointers and matched his career high with 21 points against Bradley, put up just one shot and was scoreless in the first half against Creighton. He didn’t score his first basket until the middle of the second half and finished with five points.

The Panthers tied a school record with 15 3-pointers against Bradley but made only 4 of 15 against the Bluejays.

Creighton made 11 of its last 16 shots of the half and erased a seven-point deficit to lead 37-32 at the break.

He hit from the wing to open Tuesday’s game but missed his next five shots. Jahenns Manigat drove through an open lane to tie it 18-all and finished an 11-4 spurt, and Gibbs’ 3-pointer and short shot put Creighton up 25-22.

The Bluejays twice led by seven in the first half, on McDermott’s left-handed scoop shot and again on Will Artino’s putback. But James, who beat Creighton last February with a buzzer-beater in Cedar Falls, scored just before the clock hit zeroes to make it a five-point game at half.