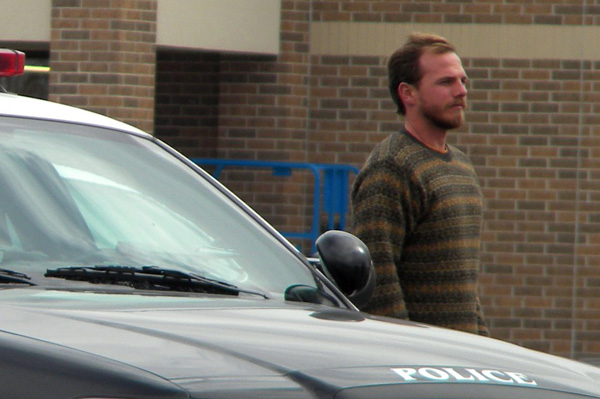 MASON CITY – A Hawaiian man has been charged in Mason City with urinating in public.

Monday at about 2:45 pm, a call to the Mason City Police Department from Verizon Wireless, 4063 4th Street SW, reported that a man had urinated on their window.

A Verizon employee had identified the suspect as a man wearing a brown sweater.

After responding to the call at Verizon, police were given a vehicle description and a description of the suspect.

Police located and followed the vehicle that Moloaa was reportedly inside to the parking lot of the former Fazollis Restaurant, just west of Menard’s on Highway 122, and located the man, 28 year-old Isaac Henry Simpson of Moloaa, Hawaii.

Police officers questioned all three men who were in the Minnesota-licensed SUV and Moloaa was cited for the offense.

“He got down on his knees, facing the window and did his business,” said a Verizon employee who witnessed the incident.

Urinating in public is a simple misdemeanor violation of Mason City code.