This news story was published on September 28, 2012.
Advertise on NIT • Subscribe to NIT

MASON CITY – A man listed with a Clear Lake address was arrested for a domestic assault in Mason City this week.

Brandon Clark Manning, 31, was arrested by Mason City Police on Wednesday, September 26th and charged with domestic assault (708.2A(4A)).  The assault Manning is charged with is described as “impeding air/blood flow causing bodily assault.”  Online records describe the assault as a “felony domestic” because the victim required undisclosed medical attention.

Manning was arrested and booked into the Cerro Gordo County Jail at 8:05 AM Wednesday where he is still being held as of Friday.  No bail nor bond has yet been set.

This is not Manning’s first domestic assault charge.

Manning was charged this past July by the Mason City Police Department with domestic assault causing bodily injury/mental illness.  Manning did not show up for his arraignment on July 30th and a warrant for his arrest was issued.  He was picked up by Cerro Gordo County Sheriffs on August 2nd and taken to jail.  Judge Rustin Davenport approved Manning’s release and he left jail on August 3rd.

Online records are incomplete as to when Manning will face trial in the July assault case. 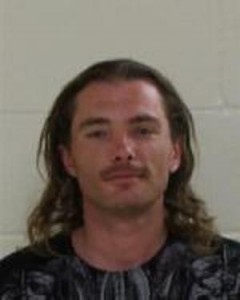