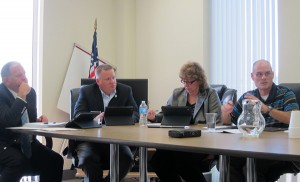 Council member Scott Tornquist finishes his explanation on why the City abandoned its pursuit of privatizing sanitation services.

29 Responses to Council puts sanitation controversy to rest – for now