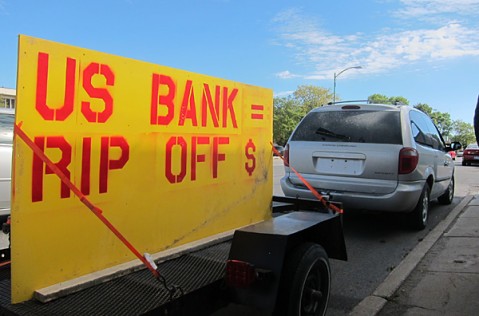 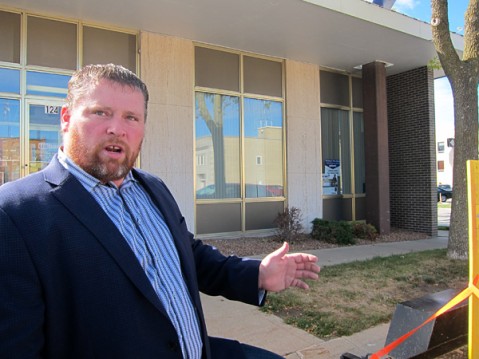 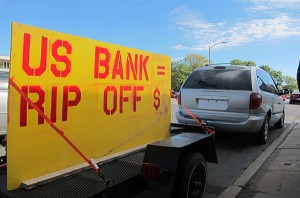 A home made sign brought to Mason City on Tuesday by John Choate of rural Manly, Iowa. 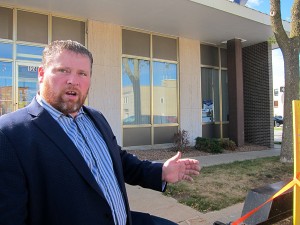