Daniel Martez Judon III, 34, whom authorities list as a Ventura resident, is currently being held in the Cerro Gordo County Jail on a serious domestic assault charge, described as “an aggravated misdemeanor, if the domestic abuse assault is committed with the intent to inflict a serious injury upon another, or if the person uses or displays a dangerous weapon in connection with the assault.”

Judon was arrested on August 23rd, 2012 by Mason City police on the domestic assault charge and has plead not guilty.  A motion for a bond reduction (set at $1000 previously) by Judon’s attorney Susan Flander was denied by Judge James Drew.  He will go to trial on November 14th.

Judon had new charges imposed on him Wednesday related to the care of  an animal.

Judon was charged with No Rabies, No Dog License, and Sanitary Conditions violations and a bond was set at $500.00 on those charges. 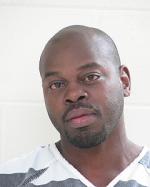