Hernandez too much for Twins, wins 1-0 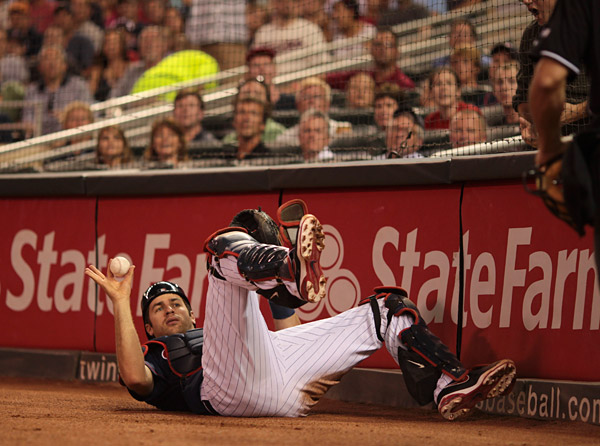 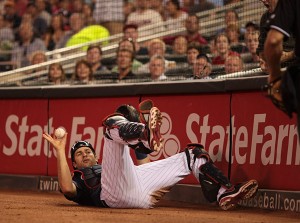 Then the feel-good night of the summer turned into more disenchantment for the Twins.

Hernandez stranded Morneau at third base, getting Ryan Doumit, Trevor Plouffe and Jamey Carroll on grounders, and Eric Thames homered off Hendriks to start the eighth inning.

King Felix did the rest, finishing his third shutout of the month as Seattle won 1-0 at Target Field, dropping the Twins to 3-15 in their past 18 games.

“We had a leadoff triple, and I think four pitches later we were in the dugout,” Twins manager Ron Gardenhire said. “You’ve got to get a better pitch, got to get something up in the air. We weren’t able to do it.”

“That’s why he’s one of the best, if not the best in the league,” Gardenhire said. “He made pitches when he had to, and we hit the ball at people.”

The Twins were kicking themselves for blowing their big chance in the seventh inning, but at least Hendriks (0-7) showed how he has been able to go 38-20 with a 2.65 ERA in his minor league career.

“It’s huge,” Hendriks said. “I know I can compete, and I know I can even get better than this.”

Gardenhire said even the outside fastball to Thames on the home run wasn’t a bad pitch. Hendriks, 23, never had tossed more than seven innings as a big leaguer, but he went the distance this time, holding Seattle to three hits.

“That’s what we’ve been waiting for; he can do that,” Gardenhire said. “He’s done it in his career, and now he’s got to do it up here consistently. But this was a nice performance — a fantastic one, matching one of the best pitchers in the game, inning for inning.”

General Manager Terry Ryan said Plouffe has the skills it’ll take to hold down the team’s third base job, but it’ll come down to performance. Plouffe entered Monday batting .143 (7-for-49) with no home runs since his return from a bruised thumb injury.

“I’ll take some of that responsibility,” Ryan said. “Maybe I should have sent him out longer (on a minor-league rehab). He was rusty, but now it’s time for him to step up and take that position and give us some thoughts that, ‘OK, we don’t need to address that.’

“He’s at the prime of his career. He’s been looking for a spot to call his own, and now here’s his opportunity, so I hope he takes advantage of the situation and solidifies that. He’s got the rest of the year to do it.”

Mariners center fielder Franklin Gutierrez robbed Plouffe of an extra-base hit in the third inning Monday, and after getting an infield single in the fifth, Plouffe finished 1-for-3.

—Even though Nick Blackburn and Tsuyoshi Nishioka were cut from the 40-man roster last week, Ryan said both could be in spring training next year as minor-league invitees.

—Aaron Hicks, a 2008 first-round draft pick, has pleased the Twins with his progress this year at Class AA New Britain, and the center fielder plans to play winter ball in Venezuela to continue honing his development. Hicks played in the Arizona Fall League last year.

—Scott Diamond appealed his six-game suspension for throwing a pitch near Josh Hamilton’s head on Thursday. Major League Baseball has yet to decide the appeal, but either way, Diamond will pitch Tuesday before serving the suspension.