I-35 race season winding down 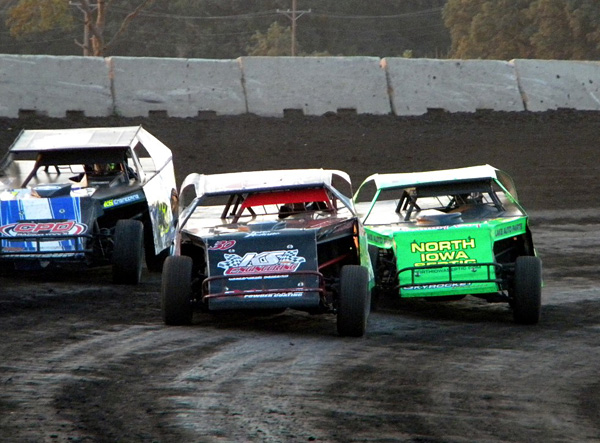 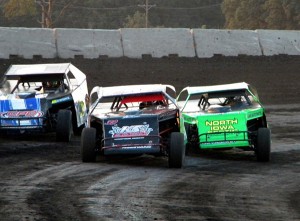 MASON CITY – The days are getting shorter and the evenings darker, but the competition at the I-35 Speedway is still blazing hot.

The Hobby Stock Feature showed the competition between Stac Schroeder, #51, and Heath Tulp, #50, that they’ve been having all season. They were neck and neck over half the feature, but Tulp took the lead and in the end, took an obvious win.

(PHOTO: Ruby, Monson, and Hansen battle it out Sunday at the I-35 Speedway.)

Six weeks ago, Levi Chipp, #66, came in First Place and Sunday night he did it again in the Sports Mod Feature.