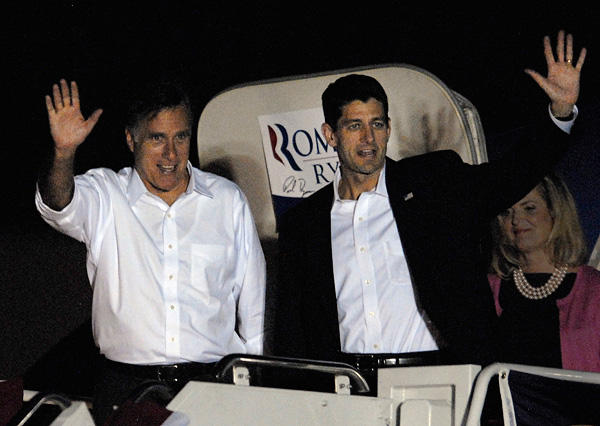 WASHINGTON — Paul Ryan has made a startling rise in the past four years from a relatively obscure congressman representing southern Wisconsin to the darling of conservative thinkers and now Mitt Romney’s choice as the Republican candidate for vice president. 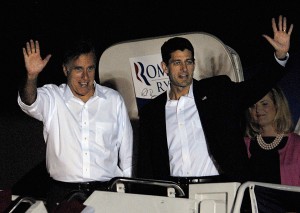 He’s done it with hustle, affability and a sweeping manifesto that Republicans in Congress have embraced as their vision for the future and that includes a hugely controversial transformation of Medicare, the country’s health insurance program for people 65 and older.

Ryan, a fit 42-year-old policy wonk with a relaxed and noncombative demeanor, has become a superstar, a lightning rod and the new identity of the GOP.

Ryan is also known for a willingness rare among ambitious politicians to take risks, such as pushing to transform the popular but financially challenged Medicare program by cutting spending on future retirees and offering them a subsidy to buy private insurance. He isn’t known for compromising with Democrats to find common ground that could make it through the partisan divide in Congress and become law.

Ryan’s path to vice-presidential choice started in Janesville, Wis., where he was born and still lives with his wife, Janna, and their three children. It’s a riverfront city of 63,000 people that’s just over 75 miles from Milwaukee and a little further than that from Chicago. The Irish Catholic Ryan family has been prominent in the town for five generations, starting a major road construction firm.

Ryan’s life changed as a 16-year-old when he found his father dead of a heart attack. He’s called it a defining moment in which he decided he needed to step up in life.

Ryan was class president and prom king in high school, with his classmates naming him “biggest brown-noser” his senior year. Ryan went to college at Miami University in Ohio, where he met William Hart, an outspoken libertarian professor of economics.

Hart recalled in an interview Saturday that Ryan was already a conservative in college, and one who stood out for his intellectual curiosity. The two became fast friends, and met to discuss political philosophy.

Hart said Ryan was especially interested in Austrian economist Friedrich Hayek’s arguments for free market capitalism. Ryan clearly had an interest in politics, said Hart, who recommended Ryan for an internship in the office of then-Wisconsin Republican Sen. Bob Kasten. Ryan soon went to work as a speechwriter for Empower America, a conservative research center that included the late Rep. Jack Kemp, a New York Republican and former NFL quarterback who championed tax cuts as a central tenet of economic growth and whom Ryan has called a major influence.

Ryan also worked as a Republican congressional staffer before running for the U.S. House of Representatives in 1998 at the age of 28, winning the seat with the help of connections in Washington, D.C., and Wisconsin. He’s been in Congress ever since. Including his time as a staffer and with Empower America, he’s spent nearly half his life in the Washington sphere.

Ryan, who once moonlighted as a fitness trainer at Washington Sport and Health Club, is known for his punishing morning workouts.

His ascendancy to his role as the policy voice of House Republicans began in 2008, when he issued what he called the Roadmap for America’s Future.

But with the help of conservative media and think tanks Ryan began to gain traction, and Republicans who were looking for an alternative to President Barack Obama’s policies increasingly pointed to him.

Democrats said Saturday that they relished taking on Ryan. Maryland Rep. Chris Van Hollen, the top Democrat on the Budget Committee, said in a statement that Ryan’s push on Medicare and his support to keep the Bush-era tax cuts for wealthier Americans showed that Romney was “doubling down” on an agenda that favored the rich over the middle class and senior citizens.

But Republicans said the nation is in debt, entitlement changes need to be made and Ryan is the perfect person to defend his own plan. Influential conservative publications urged Romney to choose Ryan as running mate over what were considered safer picks.

Although Ryan is a conservative star, a recent CNN poll found that 54 percent of the public said they didn’t know him or had no opinion about him. Ryan set about introducing himself to the nation Saturday at a campaign rally, and he did it in sweeping terms, not talking about a Medicare overhaul or his budget proposals.

“I represent a part of America that includes inner cities, rural areas, suburbs and factory towns. Over the years I have seen and heard a lot from families, from those running small businesses and from people who are in need. But what I have heard lately troubles me the most,” Ryan said, appearing at ease in his new role as vice-presidential choice. “There is something different in their voice and in their words. What I hear from them are diminished dreams, lowered expectations, uncertain futures.”