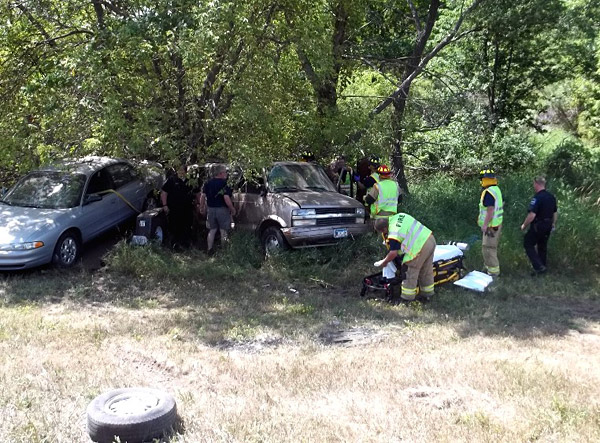 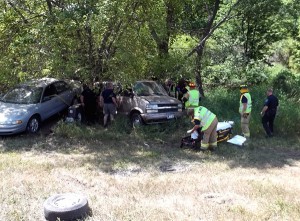 MASON CITY – Around 11:30 am Friday, the Mason City Police and Fire Departments were called to 12th Street NW, near Curries, for a vehicle rollover.

A witness, Kianna Sampson, who was in the opposite lane heading eastbound into Mason City said, “The van was pulling a trailer with a car on it and started to jackknife. The driver lost control and rolled two or three times.”

The vehicles ended up back on all four wheels, wedged against a tree. The driver was okay and was walking around when emergency crews arrived. The passenger stayed in the vehicle until help arrived. He was taken, by ambulance, to Mason City Mercy Hospital. 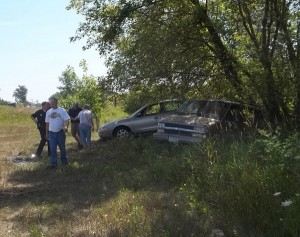 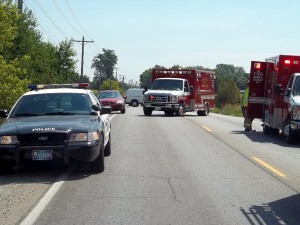