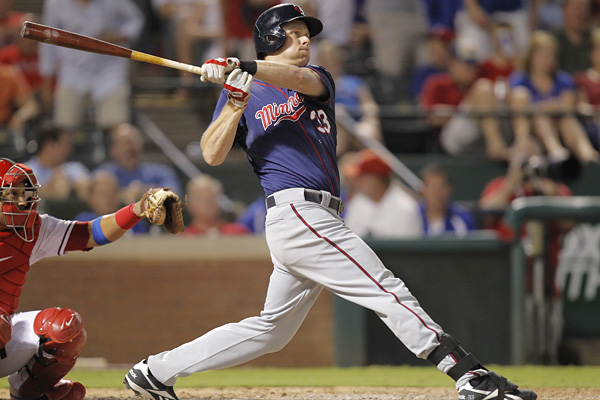 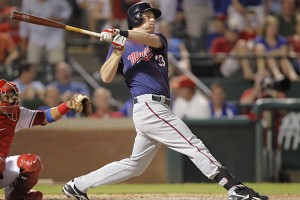 ARLINGTON, Texas — Minnesota Twins lefthander Francisco Liriano saw a reporter in the clubhouse before Friday’s game and wanted to talk about the weather.

“This is too much for me,” Liriano said.

(PHOTO: The Minnesota Twins’ Justin Morneau follows through on his solo home run in the seventh inning against the Texas Rangers at Rangers Ballpark in Arlington, on Friday, July 6, 2012, in Arlington, Texas.)

The reporter reminded Liriano that his last start fizzled because of cramps that popped up on him during the second inning. Liriano replied that he was hydrated and ready to go.

Game-time temperature was 98 degrees Friday, and Liriano pitched like he was calm, cool and collected.

Liriano led the Twins to a 5-1 victory over the Texas Rangers on Friday, the team avoiding a three-game losing streak while handing the Rangers their fifth consecutive loss. He wasn’t razor sharp — he walked a season-high six batters. But he came up with ways to avoid the knockout punch.

He stayed as cool under pressure as one can in 98-degree heat. In 6 2/3 innings, Liriano held the Rangers to one run and five hits, striking out six.

With scouts from the New York Yankees and Atlanta Braves in attendance, Liriano handled a pretty dangerous Rangers lineup while the Twins got in their licks on Rangers rookie Martin Perez, considered one of their best starting pitching prospects.

Liriano was around the plate most the night, his fastball reaching 95 miles per hour on the stadium radar gun while he mixed in his other pitches effectively. The only time he appeared to struggle was when runners were on base and he bounced a couple of pitches to the plate.

Liriano got in trouble in the fourth inning when, with one out, he gave up a single to Michael Young, then walked Nelson Cruz. Liriano recovered to strike out Mike Napoli, and he got Yorvit Torrealba to ground out and end the inning.

He gave up a leadoff single to Adrian Beltre in the sixth and backed it up with a walk to Young. Cruz delivered an RBI single to left, but Napoli hit into a double play and Torrealba struck out to end the inning.

All-Star righthander Yu Darvish was supposed to start Friday, but the Rangers decided to give him extra rest. Perez started in his place.

The Twins took a 1-0 lead on Perez in the third inning when Joe Mauer lined a single to left, scoring Ben Revere.

The Twins added two more runs in that inning. Mauer scored when first baseman Napoli misplayed Josh Willingham’s pop-up down the right field line for an error. Willingham then scored on Justin Morneau’s single to right.

Mauer added a sacrifice fly in the fourth to make it 4-0.

Morneau entered the game batting .098 against lefties but was 1-for-3 against Perez. Righthander Tanner Scheppers replaced Perez for the seventh, and Morneau blasted a solo homer to right to give the Twins a 5-1 lead, making things easier on Liriano as he danced in and out of trouble.

Twins General Manager Terry Ryan is sure to get calls from teams about Liriano up until the July 31 nonwaiver trade deadline. Even the Rangers are looking for starting pitching, although they might aim higher and go after Philadelphia’s Cole Hamels.