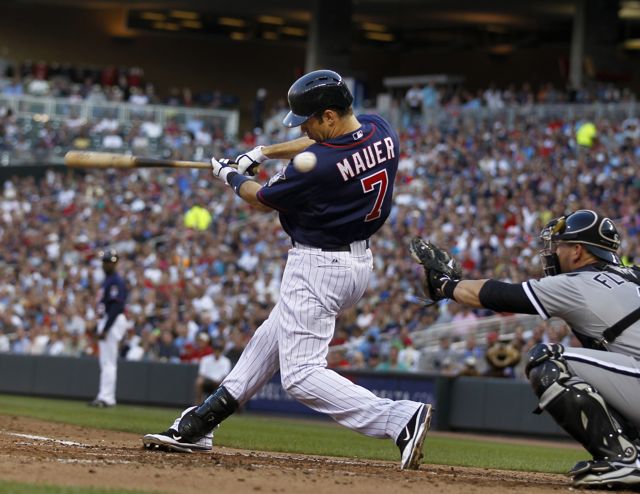 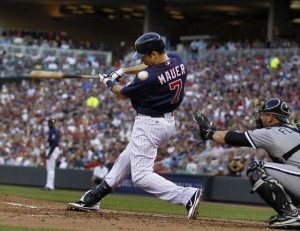 MINNEAPOLIS — The White Sox regained the services of a veteran pitcher who has shown flashes of brilliance over parts of the last 41/2 seasons.

That would be Gavin Floyd, who extended his scoreless streak to 131/3 innings Tuesday night as the Sox held on for a 3-2 victory at Target Field to end an eight-game losing streak against the Twins and extend their lead to 11/2 games over the Indians in the American League Central.

The mercurial Floyd (6-7) didn’t allow a walk while tying a season high with nine strikeouts in seven innings to earn his first victory over the Twins since July 11, 2009, at the Metrodome.

Rookie Addison Reed, however, allowed a two-run single to Jamey Carroll with two out in the ninth before inducing Denard Span to ground out to second.

Thanks to a sharp-breaking curve and solid defense, Floyd pitched as effectively as he did during a four-start run in late April and early May.

In the process, Floyd finally harnessed longtime nemesis Joe Mauer, who had reached base safely in 15 consecutive plate appearances against him with nine hits.

Floyd struck out Mauer with Span at third in the first inning, and he fooled Mauer on a curveball with Ben Revere at second in the third.

Floyd retired 14 of the final 16 batters he faced en route to his first road victory in six attempts.

Pitching in front of an audience that included scouts from the Blue Jays, Dodgers and Braves, Floyd and backup catcher Tyler Flowers appeared to work in steady rhythm.

Regular A.J. Pierzynski will start Wednesday’s series finale against Nick Blackburn, against whom he is batting .381 (16-for-42).

Meanwhile, there has been no June swoon for Alex Rios and Alexei Ramirez. Rios launched a two-run homer off Liam Hendriks in the fourth inning that landed in the second deck in left field.

Rios is batting (.329) with five home runs and 13 RBIs in 23 games this month. Rios also made an exceptional running catch of a Span drive to end the fifth.

Ramirez tripled in the second and came through with an RBI single to right in the seventh. Ramirez is batting .471 (16-for-34) with six RBIs over his last 10 games, and his batting average has climbed from .215 on June 14 to .246.

One of Ramirez’s biggest improvements has been hitting the ball to the opposite field.

“I would get to the hotel hours after the game and start analyzing what I’ve done,” Ramirez said before the game. “I noticed I needed to even it out more.”

The triple was only the second extra-base hit this month for Ramirez, who hasn’t hit a home run since April 14.

“It’s definitely surprising for me because I haven’t gone through this before,” said Ramirez, who has hit 15 home runs or more in his previous four seasons with the Sox. “There’s still a lot left in the season, so I’m not worried about it yet. But I’m going to help the team in any way I can.”