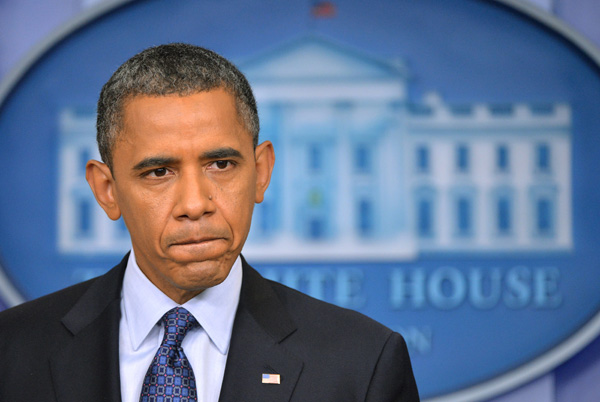 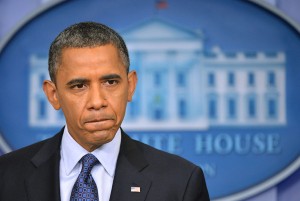 (PHOTO: President Barack Obama holds a press conference in the Brady Press Briefing Room at the White House in Washington, DC on June 8, 2012. )

The White House has come under intense criticism by conservative critics who contend his campaign has been leaking the information to win positive news stories about his efforts protecting the U.S. and fighting global terrorism.

“These two highly-respected and experienced prosecutors will be directing separate investigations currently being conducted by the FBI,” Holder said. Holder did not explain who would investigate what.

He added that they will “doggedly follow the facts and the evidence in the pursuit of justice wherever it leads,” and that he gave them full authority to “prosecute criminal violations discovered as a result of their investigations.”

Holder said he will advise the Judiciary and Intelligence committees “as appropriate” as the investigations get under way.

Earlier, at a short news conference Friday in the White House briefing room, Obama said he has “zero tolerance” for leaks of classified information and that his administration investigates every such instance.

Obama said that leaks of classified information about national security matters make life harder for him and put American civilians and the military in harm’s way, and that his administration tries to make sure that sources of such leaks “suffer consequences” for their actions.

“We don’t play with that,” Obama told reporters. In the wake of the stories, Sen. John McCain, R-Ariz., has called for a special prosecutor to investigate leaks, which he says are designed to portray Obama as a strong leader on national security matters.

In one recent story in The New York Times, unnamed officials discussed how the president reportedly directed the cyber attacks on the Iranian nuclear program. Other news reports have delved into the administration’s program of secret drone attacks, including Obama’s role in ordering them.

In the briefing room Friday morning, Obama dismissed the suggestions from Capitol Hill that the leaks were authorized, calling them “offensive” and “wrong.”

When those reports “surface on the front page of a newspaper,” he said, that “makes my job tougher.”

Worse, they “touch on critical issues of war and peace,” he said, and people involved in the covert operations “may be in danger” as a result of those leaks.