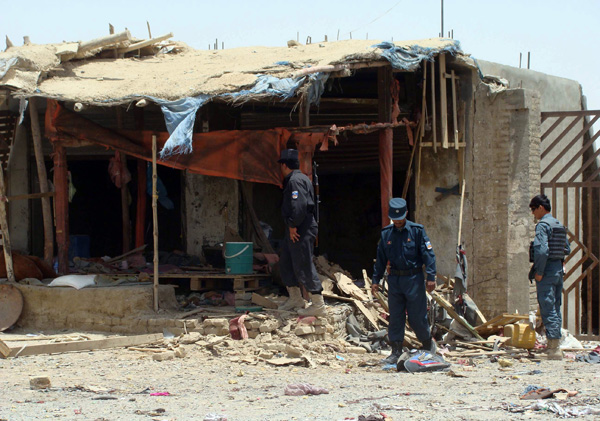 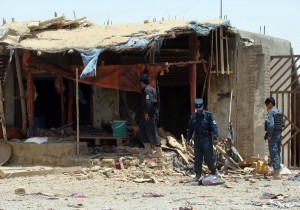 KABUL, Afghanistan — Afghan officials said 18 women and children were killed along with about a dozen insurgents in a raid spearheaded by the NATO force outside the Afghan capital before dawn on Wednesday.

(PHOTO: Afghan soldiers inspect the site of a suicide bombing attack in Kandahar province, south of Kabul, Afghanistan, on June 6, 2012. Kandahar, the former stronghold of Taliban once again experienced a bloody Taliban-linked suicide bombing on Wednesday which left 22 people including the bomber dead and 22 others injured, police said.)

The Western military confirmed the deaths of “multiple insurgents” in the joint Afghan-NATO operation in Logar province, but reported no civilian fatalities. It said two women were injured in what a military statement described as a “precision airstrike.” The differing casualty counts could not immediately be reconciled.

Civilian casualties remain an extremely sore point between the Afghan government and foreign forces, even though the United Nations reported a significant drop in injuries and deaths among noncombatants in the first four months of this year.

As a prelude to the withdrawal of most NATO combat troops in 2014, Afghan troops now take part in all “night raids” like the one in Logar. The Western military often describes such operations as Afghan-led, although officials acknowledge that key responsibilities such as intelligence-gathering, planning, logistics and air support fall to NATO troops.

The strike destroyed a walled compound, and Afghan officials cited villagers as saying the bombardment killed 18 civilians who were inside at the time — a mix of women and children. Police described another 12 or 13 dead at the scene as insurgents and their commanders.