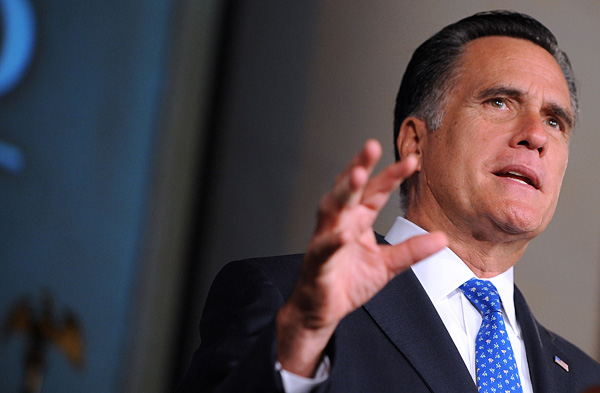 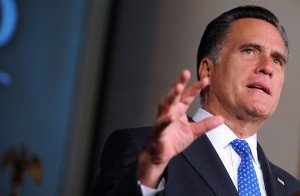 WASHINGTON — Hispanic voters are a crucial constituency in the presidential election, but reaching young Hispanics will require new tactics — and some experts say mobile-phone outreach will be key.

There are more than 21 million eligible Hispanic voters — and more than 30 percent of them are 18 to 30 years old. About 50,000 Hispanics reach the voting age of 18 each month.

(PHOTO: Republican Presidential hopeful Mitt Romney speaks at the Latino Coalition’s 2012 Small Business Summit Luncheon at the US Chamber of Commerce in Washington, DC, May 23, 2012.)

But Hispanic voters under 30 have the lowest turnout of any group: Only 41 percent of them voted in 2008.

Young voters and Hispanic voters are far more likely to use their phones to go online than older generations are, so campaigns that use mobile technology are most likely to reach young Hispanics, according to Peter Levine, the director of the Center for Information and Research on Civic Learning and Engagement.

That’s because a mobile phone and an app are personalized and engaging — a far cry from a robocall or a TV ad. Young voters are deeply skeptical of one-for-all marketing and respond best to one-on-one, Hispanic-to-Hispanic marketing, according to research by Levine’s group.

It’s “particularly effective in overcoming issues of trust and motivation that would otherwise be in the way of voting,” Levine said.

“It’s really easy to reach me on my phone because I have it with me all the time — when I’m on the train, when I’m walking,” Velasco said. “If you send me something political (on my phone), I would be way more likely to read it because it is so easy.”

According to Levine, promoting civic engagement via mobile phones is a technique that’s especially well-suited to the Hispanic community. Hispanic voters have a greater barrier to enter the political system, he said. Many don’t have proper identification or have never voted, so a mobile app gives a much-needed push to the polls. Other experts say mobile phones fit the lifestyles of Hispanic voters more than they do those of the general population.

Democratic President Barack Obama’s campaign is ahead of Republican Mitt Romney’s in using the mobile platform. While both have mobile-optimized websites, the president also has launched the Latinos for Obama website optimized for mobile devices.

“The promise and power of digital is to reach people in the places where they already are, and get them using social tools to spread the word about the president to their own networks,” said Gabriela Domenzain, the Obama campaign’s director of Hispanic media.

Both candidates also use SMS technology — texting — to communicate with voters, but the president’s campaign has a specific Hispanic service called Unidos.

Obama’s campaign also has released a mobile app; Romney’s campaign has not. Romney campaign officials say the mobile website is their priority.

“I don’t want someone to have to download an app to be able to experience our website and our message,” said Zac Moffatt, the digital director for the Romney campaign. “I would hate to exclude someone because they didn’t have a mobile phone that didn’t allow for the app or it didn’t render the way that they want.”

The Voto Latino app will allow voters to register to vote and post to their social media contacts from their phones. It also will provide information about new state voter-identification laws that the group says make it harder for Hispanics to vote.

“You go and register to vote where you live,” said Dan McSwain of Voto Latino. “You go and you vote at a school in your neighborhood, and these things are really deeply tied to your community, your family, your friends. Nobody has really been able to translate that to a mobile and social experience.”

The Hispanic Institute, a nonprofit organization dedicated to political and business issues among Hispanics, released a report last May that calls mobile apps a key tool in the future of Hispanic civic engagement.

Gus West, the institute’s president, noted that mobile phones have become so important because the Hispanic population is young and tends to move around. He also said that many children grew up in homes without land-lines phone and were much more likely to have adopted cellphones even earlier than other eligible voters had.

While experts say this technology will be important in the election, it probably won’t be a deciding factor.

(The Medill News Service is a Washington program of the Medill School of Journalism at Northwestern University.)