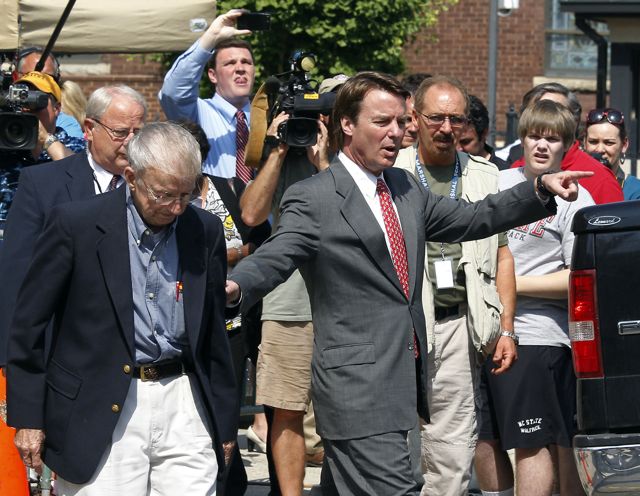 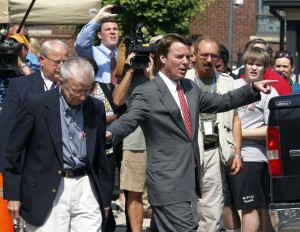 GREENSBORO, N.C. — The jury deliberating the John Edwards case broke Friday for a long holiday weekend with no verdict and no indication of how close together or far apart they are on any of the six counts.

Shortly before sending the jury home, Judge Catherine Eagles closed the public courtroom to deal with a juror matter. Once she opened the courtroom again, she offered little explanation other than to tell the defense team and prosecutors to come in a half-hour early Tuesday in case they have to further deal with the matter.

Federal courts are closed Monday in observance of Memorial Day.

The jury, which has had all the trial evidence in its deliberation room since Thursday, broke at lunch time Friday as it does every day.

Eagles has not yet released the three women and one man who are alternate jurors ready to step in if one of the eight men or four women on the jury is unable to continue serving. Should a juror have to be replaced with an alternate, deliberations would have to begin anew.

The alternate jurors, who heard all the testimony and are not to talk about the case among themselves or with others, join the other jurors for lunch each day. The alternates caused a bit of attention Friday among those who have been waiting all week for news.

Whether intentionally or by coincidence, the four alternate jurors have all sported the same colors for the past two days. On Thursday, they all had on yellow shirts. On Friday, they all wore red.

At least two of the jury members also had on red shirts Friday, but one of those is a man who often wears red.

Edwards, 58, has passed time the past several days watching ACC baseball games at the stadium a few blocks away from the courthouse.

The large contingent of photographers, videographers, reporters and others in the media have set up tents and camp chairs just beyond the front steps of the courthouse.

The jury is weighing six charges against the former U.S. senator and two-time Democratic candidate for president. He is accused of violating campaign finance laws by conspiring to secretly obtain hundreds of thousands of dollars to hide his pregnant mistress during his 2008 presidential campaign.

Until Thursday, the jury’s requests for evidence focused on letters, notes and voicemail transcripts related to testimony about the $725,000 in checks that Rachel “Bunny” Mellon issued to Bryan Huffman, an interior decorator in Monroe, N.C. Huffman would then endorse the checks and send them to Andrew Young, the former political aide of Edwards who was a key witness for prosecutors.

Young’s wife, Cheri, then endorsed the checks, using her maiden name, and deposited the money in private bank accounts that she and her husband used.

The defense has argued that the donations were gifts not subject to campaign finance laws.

On Thursday, the evidence requested by the jury came was related to Fred Baron, the billionaire lawyer from Texas, who provided flights, shopping trips, hotel stays and rent for fancy villas and California mansions as the Youngs and Rielle Hunter, the videographer with whom Edwards had an affair and child, hopscotched across the nation to hide from National Enquirer reporters.

The jury could be going down the verdict sheet provided by the judge, count by count.

The first two counts on the sheet were related to the accusations involving the checks from Mellon. The next two were about the Baron payments.

If going in order, the jury would then deliberate about whether Edwards caused his 2008 presidential campaign committee to file an erroneous finance report and then would decide whether Edwards conspired to secretly obtain the money.