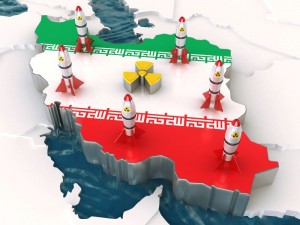 AMMAN, Jordan — The chief of the United Nation’s nuclear watchdog agency said Tuesday he expects to sign a deal with Iran opening the way for fuller investigation of Tehran’s disputed nuclear program, in a potential sign of hope for world powers’ efforts to curb the Iranian efforts.

Yukiya Amano, director general of the International Atomic Energy Agency, told reporters in Vienna after returning from Iran that he expected an agreement to be signed “quite soon,” and that he considered the deal to be “an important development.”

Following the talks, “we understood each other’s position better,” said Amano, according to a transcript of the exchange released by the agency.

Amano, a veteran Japanese diplomat, has pushed hard on Iran to provide better access to its sites and personnel, and recently has been demanding that the Iranians open access to military facility at Parchin. IAEA officials are concerned that the Iranians might be testing detonating devices suitable for use in nuclear weapons.

Amano’s statement comes one day before Iranian officials are to meet in Baghdad with six world powers to continue talks aimed at persuading Iran to place curbs on its nuclear program. Some diplomats say they have seen some signs that Iran, under crushing pressure from international economic sanctions, may be open to negotiating at least a preliminary deal.

Yet some countries reacted cautiously to Amano’s comments.

Robert A. Wood, top official at the U.S. mission to the IAEA, said that while the United States wants to learn more about the deal, “we remain concerned by the urgent obligation for Iran to take concrete steps to cooperate fully with the verification efforts of the IAEA, based on IAEA verification practices.”

Israeli officials, who have long feared that a nuclear-armed Iran would target Israel, were also skeptical.

Defense Minister Ehud Barak said Iran appears to be trying to create an impression of progress before the Baghdad talks, but he urged the international community to hold firm.

“Israel believes that Iran should be set a clear bar so that there is no window or crack the Iranians can (creep) through to advance their military nuclear program …. It is forbidden to make concessions to Iran. The requirements of the world powers must be clear and unequivocal.”