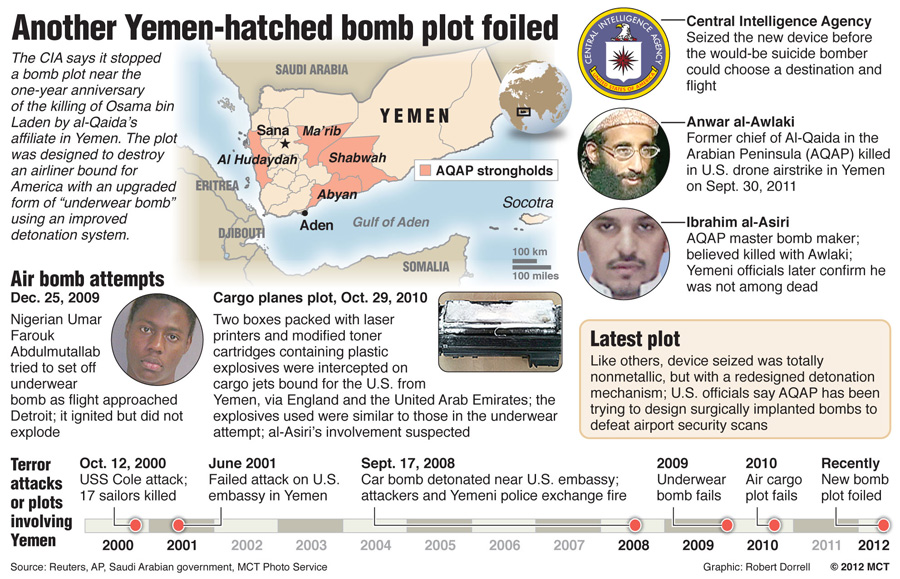 WASHINGTON — The successful blocking of an ambitious al-Qaida plot to bomb a U.S.-bound airliner was an international sting operation worthy of Hollywood, with spies tricking terrorists into showing their cards.

Saudi Arabia’s intelligence agency, working closely with the CIA, used an informant to pose as a would-be suicide bomber. His job was to persuade the al-Qaida franchise in Yemen to give him a new kind of non-metallic bomb that the militants were designing to easily pass through airport security.

But the double agent instead arranged to deliver the explosive device to U.S. and other intelligence authorities waiting in another country, officials said Tuesday. The agent is now safely outside Yemen and is being debriefed.

Experts are analyzing the sophisticated device at the FBI’s bomb laboratory at Quantico, Va., to determine if it really could evade current security measures. It appears an upgraded version of the so-called “underwear bomb” that failed to take down a passenger jet over Detroit on Christmas Day 2009.

Like that bomb, this device bears the forensic signature of feared al-Qaida bomb maker Ibrahim Hassan Asiri, who was born in Saudi Arabia and is believed to be hiding in Yemen. But the double agent apparently never got close to Asiri, who remains one of the top CIA targets.

The operation had an added benefit, however. It produced intelligence that helped U.S. authorities finally locate Fahd Mohammed Ahmed Quso, a top al-Qaida operative in Yemen. Quso had been on the FBI’s most wanted list for his alleged involvement in the bombing of the guided missile destroyer USS Cole in a Yemeni port in 2000. The FBI had offered a $5 million bounty for information leading to his capture.

On Sunday, a CIA drone aircraft fired a missile that killed Quso as he stepped out of his car in Yemen, U.S. officials said.

The drone strike and the effort to obtain the explosive device “are part of the same operation,” said Rep. Peter King, R-N.Y., who heads the House Homeland Security Committee. 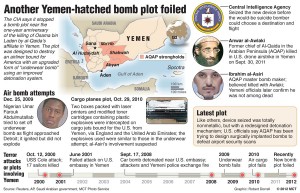