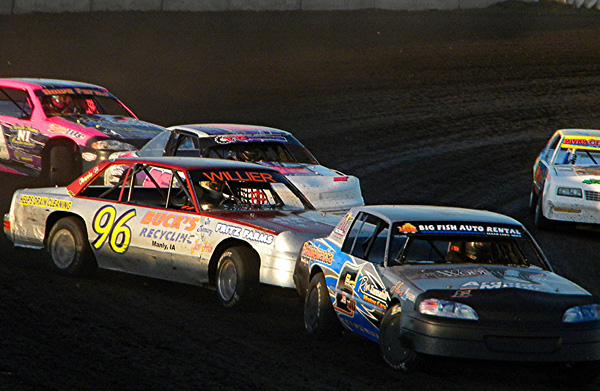 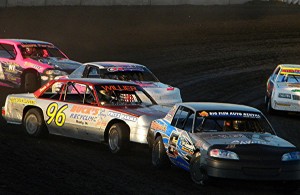 MASON CITY – It was a fun and exciting night at the first race of the 2012 I-35 Speedway racing season.

With the number of cars that were entered and the number of caution delays, the race night went well past dark, but nobody was leaving. The night was getting colder, but it didn’t warrant the need for warmth.

During the Sports Mod and Modifieds, there were many cautions for accidents, cars going over the shoulder, fire and crashes. The number of cars dwindled down until the final lap was raced and winner had his car do the victory dance. 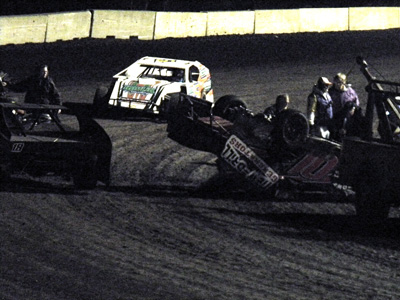 It seemed like the Hobby Stock and Stock Cars wanted to make sure they finished without wrecking or crashing. There were less accidents, but none the less fun to watch.

Travis Greenfield was one that didn’t finish the Sports Mod race, but had a positive attitude, “It’s not how we wanted to start the season, but there was a lot of competition.”

Monson, during the Modifieds, was involved in some of the bigger accidents. He kept coming back for more, but finally took himself out.

Alex Hansen, was doing great, up towards the front, but with only a few laps to go, went into a spin and hit one of white, watered down tires, hard.