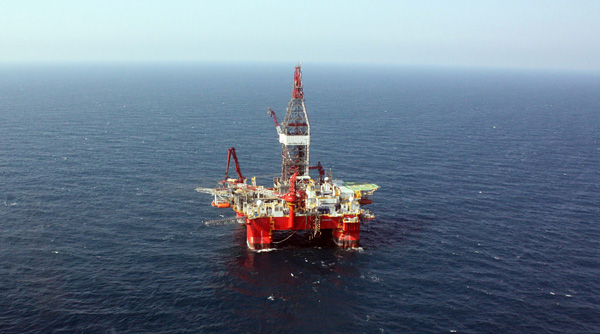 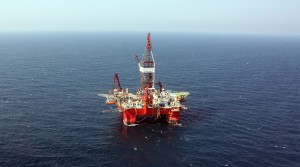 MEXICO CITY — Two years after the worst offshore oil spill in U.S. history, Mexico’s state oil company is about to test its hand at drilling at extraordinary depths in the Gulf of Mexico.

If all goes as planned, Petroleos de Mexico, known as Pemex, will deploy two state-of-the-art drilling platforms in May to an area just south of the maritime boundary with the United States. One rig will sink a well in 9,514 feet of water, while another will drill in 8,316 feet of water, then deeper into the substrata.

(PHOTO: The Centenario platform, seedn June 13, 2011, is one of the new deepwater rigs that Mexico’s state oil company, Pemex, will use to drill in ultra deep waters of the Gulf of Mexico.)

Pemex has no experience drilling at such depths. Mexico’s oil regulator is sounding alarm bells, saying the huge state oil concern is unprepared for a serious deepwater accident or spill. Critics say the company has sharply cut corners on insurance, remiss over potential sky-high liability.

Mexico’s plans come two years after the Deepwater Horizon catastrophe, the worst oil spill in U.S. history. On April 20, 2010, a semi-submersible rig that the British oil firm BP had contracted to drill a well known as Macondo exploded off the Louisiana coast, killing 11 workers and spewing 4.9 million barrels of oil in the nearly three months it took engineers to stop the spill.

BP has said the tab for the spill — including government fines, cleanup costs and compensation — could climb to $42 billion for the company and its contractors.

Carlos A. Morales, the chief of the Pemex exploration and production arm, which employs 50,000 people, voiced confidence that his company has the ability to sink wells in ultra-deep water.

“Pemex is ready to undertake the challenge and to do it safely,” Morales said in an interview in his 41st-floor office at Pemex headquarters in this capital city.

“You have to bear one thing in mind,” he said. “Pemex is the biggest operator in the Gulf — including everyone — both in production and in the number of rigs we operate. We are operating more than 80 rigs offshore.”

The area where the two wells are to be sunk is some 30 miles south of the maritime boundary in the Gulf between Mexico and the United States.

“This requires managerial expertise that Pemex lacks,” said Miriam Grunstein Dickter, an oil expert at the Center for Research and Teaching of Economics, a Mexico City institute in the social sciences. “When you contract a service company, they perform the work that you command them to perform. Here, Pemex does not know how to command the service company.”

Mexico has nowhere near that fleet of vessels at its disposal. Its navy has 189 ships. Pemex itself contracts around 180 boats.

That’s one of the concerns of Juan Carlos Zepeda, the head of Mexico’s National Hydrocarbons Commission, a regulatory body created in 2009 that’s wrestled with Pemex over its practices, demanding that it adopt global standards on safety and preparation for worst-case scenarios.

The two sides have been in a power struggle. The 74-year-old state company is used to setting its own rules, not following the impositions of regulators.

“Pemex is just not accustomed to being bossed around,” Grunstein said.

A point of contention has been insurance. Zepeda wants Pemex to have insurance to pay for even catastrophic spills, like BP’s Macondo well. But Pemex balks.

Pemex has signed a contract with Wild Well Control, a Houston company with blowout expertise. Morales said Pemex was negotiating a contract with a second Houston firm, Cameron International, that had sophisticated tools — such as huge underwater capping stacks — that helped BP control its Macondo well below the Deepwater Horizon.

Still, the Deepwater Horizon disaster haunts like a lingering nightmare.

“Macondo was a watershed in deepwater drilling. There is before Macondo and there is after Macondo,” said Fabio Barbosa, an economist at the National Autonomous University of Mexico who specializes in the oil industry.