Investigators relieved, amazed there were no deaths in Navy jet crash 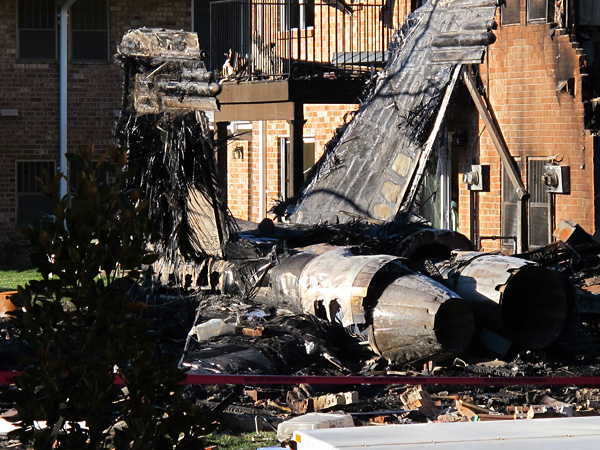 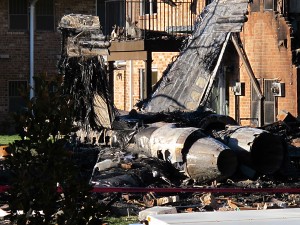 VIRGINIA BEACH, Va. — Investigators expressed relief — and utter amazement — on Saturday at the light casualties reported after an F-18 fighter jet laden with fuel crashed into an apartment complex just off a busy road in Virginia Beach, Va.

(PHOTO: An ejection seat rests in the back yard of a home on 24th Street in Virginia Beach, Virginia, not far from where a Navy F/A-18 aircraft from Naval Air Station Oceana crashed Friday, April 6, 2012. The Navy said the plane experienced “catastrophic mechanical malfunction.”)

Adm. John C. Harvey, commander of U.S. Fleet Forces Command, said he initially feared the worst Friday when he heard that a jet leaving Naval Air Station Oceana had crashed into a complex that many elderly residents called home.

Earl Maywer, the manager of Mayfair Mews, attributed the good fortune to a series of turns that took people who lived in the crash zone out of harm’s way.

Navy investigators and city officials were still at the scene Saturday afternoon. But everyone in the apartment complex has been accounted for, there have been two searches through the wreckage; and no one has been reported missing.

Maywer said one resident went to work two hours early on Friday. Another left to do grocery shopping. Louise Costenbader called in sick with a cold, but then she decided to dog-sit for her cousin, who lived half a mile away.

Around noon, she got a call from her boss.

“The lady that I work for was standing down on 24th Street, watching my apartment burn,” she said.

Harvey said the Navy has begun the painstaking process of piecing together the wreckage of the F-18, but it will be some time before there is a definitive view of what happened.