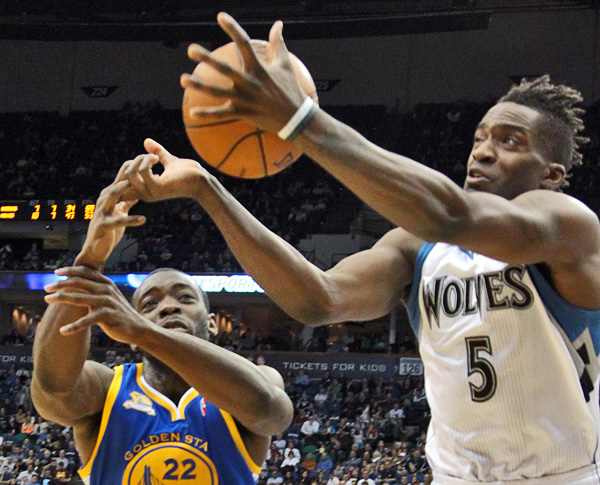 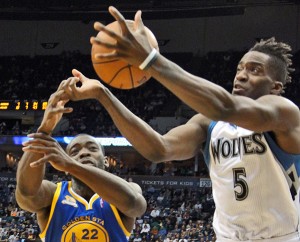 MINNEAPOLIS — At some point in the third quarter Wednesday, when the Minnesota Timberwolves’ 20-point, first-half lead was all slipping away, someone inside Target Center yelled out, “Somebody play some defense.”

And it wasn’t Rick Adelman, who certainly had plenty to yell about during a 97-94 loss to a Golden State team that had lost six in a row and 11 of its past 13 games.

His Wolves team surrendered just 39 first-half points — even after allowing the Warriors a finishing 10-2 flourish — and then gave up 38 in the third quarter alone to an opponent that had lost in Memphis the night before while the home team rested its travel-weary, injury-ravaged bodies.

When it was finally over, Adelman had plenty to say even if his wasn’t the voice crying out unheard in the wilderness not that long before.

“That one’s hard to figure out, probably the worst one all year,” he said. “It’s inexcusable. I just don’t understand what was going through our minds, especially in the situation we’re in. If we’re not tougher mentally than that, then we’re going to have a hard time. It’s effort. They beat us to every loose ball, to every play, they beat us off every dribble, everything.

“If that’s what you’re going to do when things turn a little bit south on you and you’re just going to quit on that (defensive) end, you’re never going to win. That’s what happened tonight. They did whatever they wanted to do.”

To be more specific, Golden State rookie guard Charles Jenkins — the 44th pick overall last summer out of Hofstra — did whatever he wanted to, particularly in the game’s final five minutes, when he scored seven of the Warriors’ final nine points.

Included was the winning bucket on yet one more undefended drive to the basket, which made it 96-94 with 20.4 seconds left.

The Wolves lost Ricky Rubio, their best on-ball perimeter defender, to a season-ending injury nearly a month ago. On Wednesday, they played without injured starting point guard Luke Ridnour and with J.J. Barea penciled in at that spot after he had missed six games with a bruised thigh.

“He beat us off the dribble and we had no presence,” said Adelman, whose team has lost four in a row and gone 4-12 since Rubio’s injury. “As a whole team, we didn’t get there. The last play was a great example. All we had to do is have someone step in. He put his head down and went to the basket.

“Those are game-winning plays and that’s what you have to have. We were doing that before, and we’re not doing it now.”

The Wolves were doing that when Rubio was healthy and creating a sensation, when Nikola Pekovic was making a case for league’s Most Improved Player, when Barea and Michael Beasley were sometimes healthy and when Darko Milicic actually was seen every now and again.

Now the Wolves are battered and weary and running on empty — Kevin Love scored 29 points Wednesday, but he needed nearly as many shots to get there and had a career-worst 0-fer (0-for-7) on threes — even if Adelman refused to use that as an excuse.

Neither did Love, who missed a game-tying three at the final buzzer. But he did anyway.

“I don’t like to use that as an excuse, but I can feel it on my body and my legs, especially my shot,” said Love, who went 12-for-28. “They aren’t under me right now. I try to play Superman every night, but it’s tough when you lose three or four of your best players and you have to play undermanned.”