More than 1,000 rally in Miami to demand action in Trayvon Martin’s death 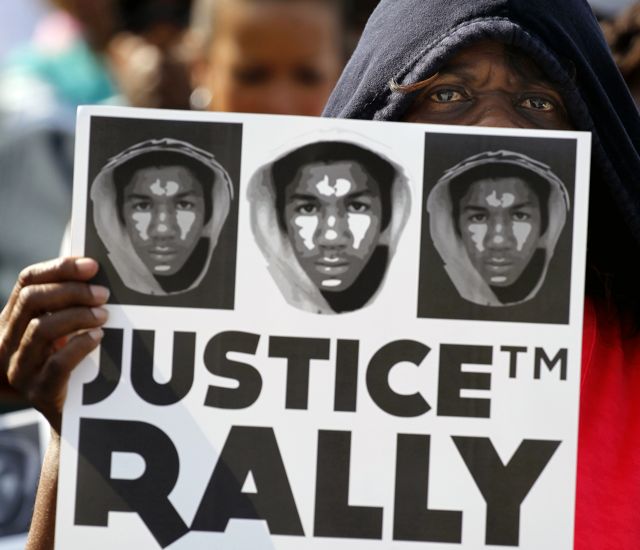 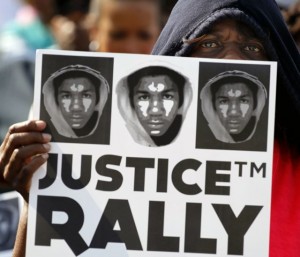 MIAMI — As more than 1,000 people flocked to Miami’s Bayfront Park Sunday under a blazing sun, Trayvon Martin’s hometown rolled out the most elaborate and spirited rally yet calling for justice for the slain teenager.

(PHOTO: Arleen Poitier wears a hoodie in support of a rally for Trayvon Martin at the Klipsch Amphitheater in Miami, Florida, on Sunday, April 1, 2012.)

Even Miami-Dade County’s one-time top cop, the retired and usually reserved Police Director Bobby Parker, took to the podium to blast the Sanford Police Department’s investigation into neighborhood watch captain George Zimmerman, who he said “has a dark heart.”

Sunday’s rally came a day after thousands marched through Sanford, where Zimmerman shot and killed Trayvon, 17, in a racially charged case that has drawn worldwide scrutiny of that city’s police department because Zimmerman was not arrested.

Zimmerman, 28, who is white and Latino, claims self-defense, saying he feared for his life when Trayvon, a black teen, attacked him Feb. 26 on a walkway of the Retreat at Twin Lakes gated community in Sanford, just north of Orlando.

Trayvon, a student at Dr. Michael M. Krop Senior High School in North Miami-Dade, was in Sanford visiting his father’s girlfriend’s home while suspended from classes.

Emergency dispatch calls captured the chilling screams of someone calling for help just before the fatal gun blast. Zimmerman’s lawyer and father, brother and friend insist they were his. Trayvon’s parents say they were their son’s.

Sanford police, citing Florida’s controversial “Stand Your Ground” law, said detectives could not arrest Zimmerman because there was not enough evidence to prove he was not acting in self-defense.

Gov. Rick Scott has since appointed a special prosecutor from Jacksonville to review a possible manslaughter or murder charge against Zimmerman.

On Sunday, the family’s attorney told CNN that he would ask the U.S. Department of Justice to examine the conduct of the first prosecutor on the case, State Attorney Norm Wolfinger, who oversees cases in Seminole County.

On stage and in the crowed, rally-goers on Sunday voiced their belief that Zimmerman should be arrested.

The Rev. Al Sharpton, who has led the drumbeat for Trayvon’s family, pointed to an Orlando Sentinel report quoting forensic audio experts who say the screaming voice on the 911 call was not Zimmerman’s.

“Though I may cry, I believe Trayvon is proud of us as parents and proud of you as supporters,” Fulton said to the hometown crowd, just after organizers released scores of multicolor balloons to finish the rally.

“I showed up. I spoke up. I stood up for Trayvon!” Carvalho shouted. “He was my student. He will forever be remembered as a child of Miami-Dade.”

Antoinette Amcrum, 21, traveled to the rally by bus and Metromover with her 3-year-old godson. “It’s a good cause,” she said. “We’re setting out to see justice done.”

Outside, as people strolled in, they passed a gantlet of T-shirt vendors hawking Trayvon’s image. Joseph McCollum, from North Carolina, sold T-shirts with Trayvon’s face depicted in the 2008 Obama campaign logo.

“If I had son, he would look like Trayvon,” the president’s quote read on the back of the T-shirt.

“It’s the newest design. They love it,” McCollum said.

In the heat, some young men donned hoodies — the hooded sweatshirts that have become a rallying point because Trayvon wore one the night he died.

“I’m burning up,” acknowledged Cedric McMinn, 34, a Democratic Party worker who was registering rally goers to vote. “But I believe in solidarity and unity.”