MASON CITY – Shortly before 8 a.m. on Thursday a Mason City police officer made a traffic stop after reportedly observing a small baggie containing marijuana being thrown onto the roadway from a vehicle in the 1400 block of 3rd Street South East.

As result of the traffic stop following the alleged littering one of three occupants in the vehicle, identified as 18-year-old Sebastian Codd Osburn of Mason City, was arrested and charged with a serious misdemeanor count of possession of marijuana.

Osburn was transported to the Cerro Gordo County jail following the incident where he remained on a $1000.00 cash or surety bond Thursday night. 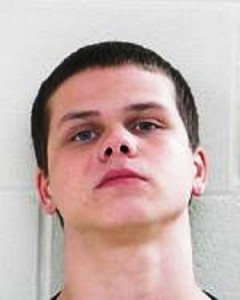