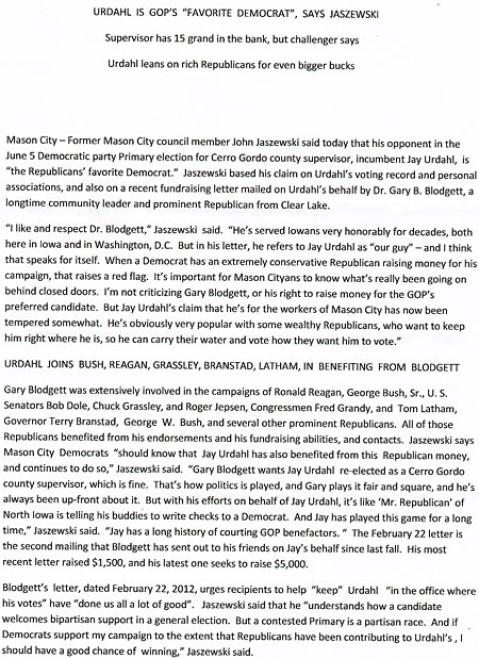 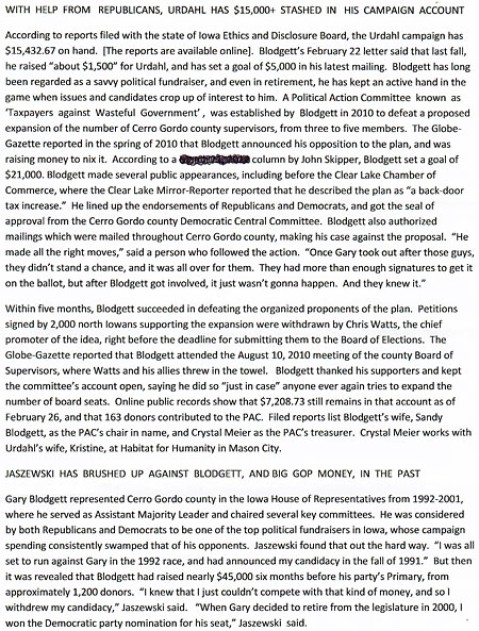 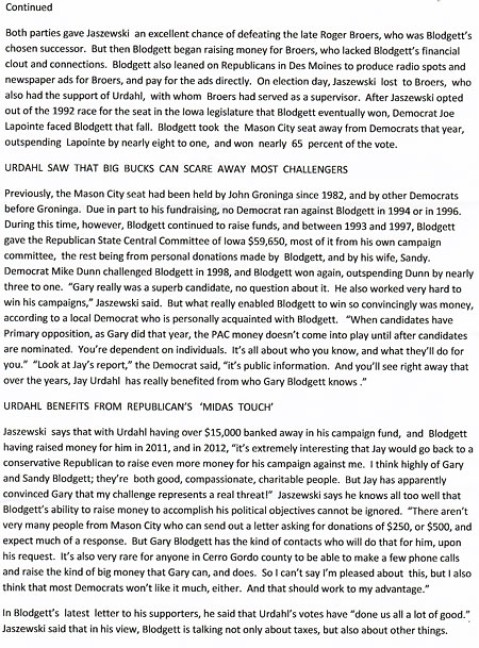 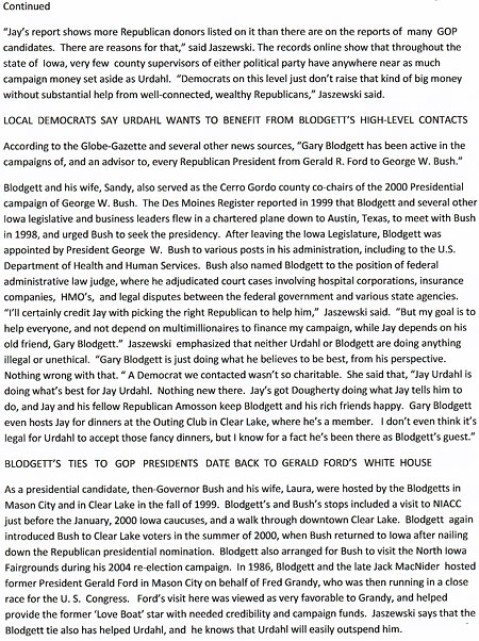 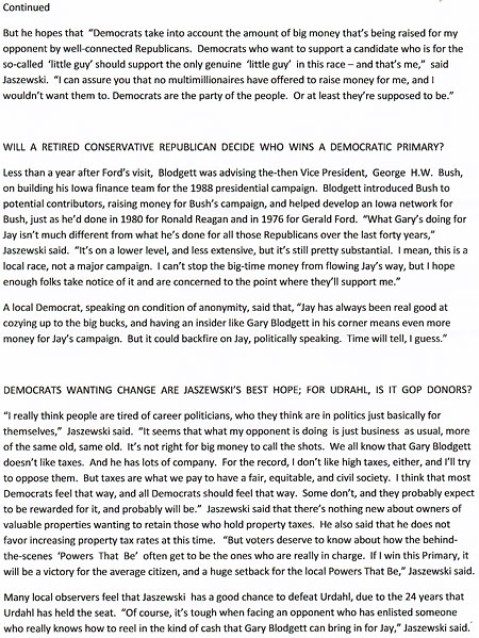 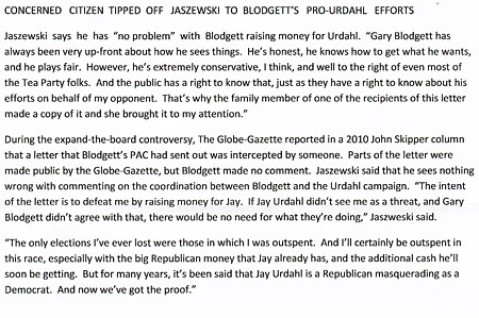 NorthIowaToday.com has received a hard copy letter stating that Cerro Gordo County Supervisor Jay Urdahl is the the Republican party’s “favorite Democrat” and “leans on rich Republicans for even bigger bucks.”

The letter states that it is written by John Jaszewski, Urdahl’s opponent in the upcoming Democratic primary for Urdahl’s supervisor seat.

The origin of the letter is not known; it was discovered in a blank envelope with no return address.  The letter is being made available to the public for it to read and evaluate on its own.

Urdahl currently has over $15,000 in his re-election war chest. 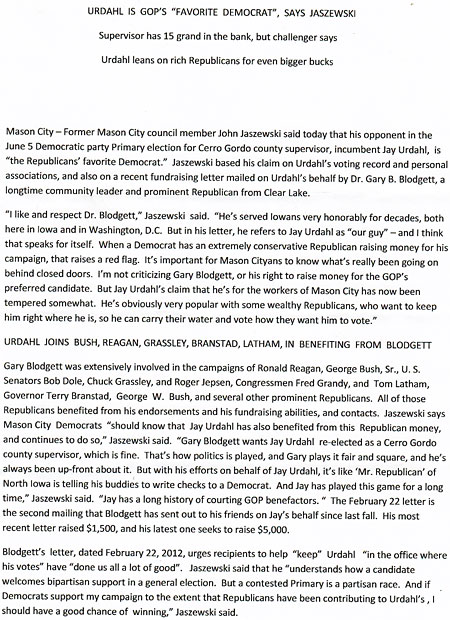 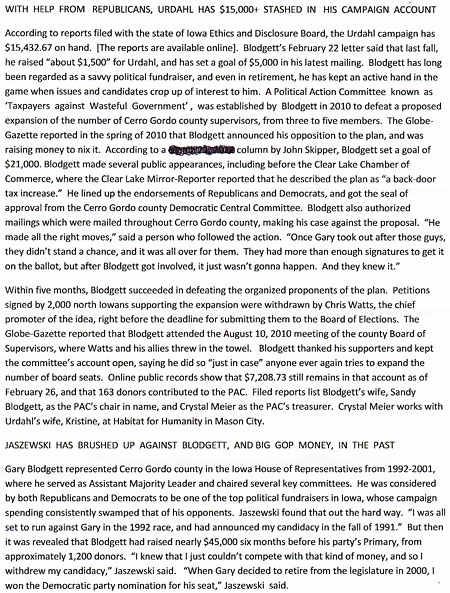 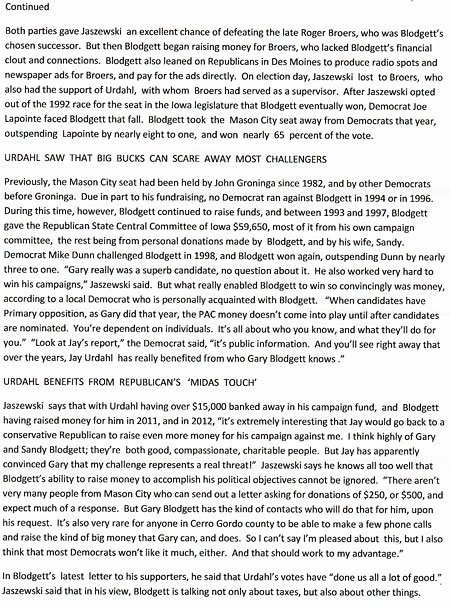 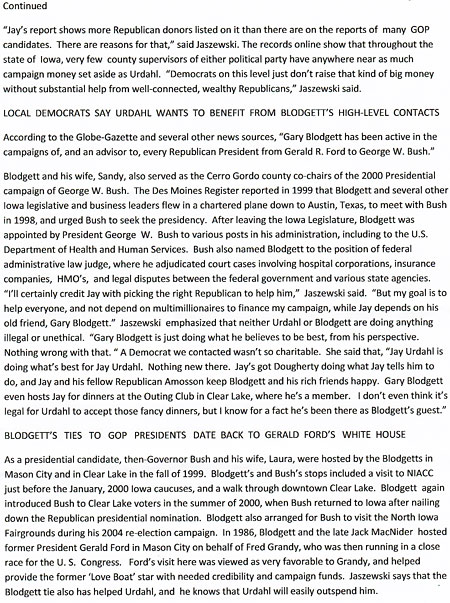 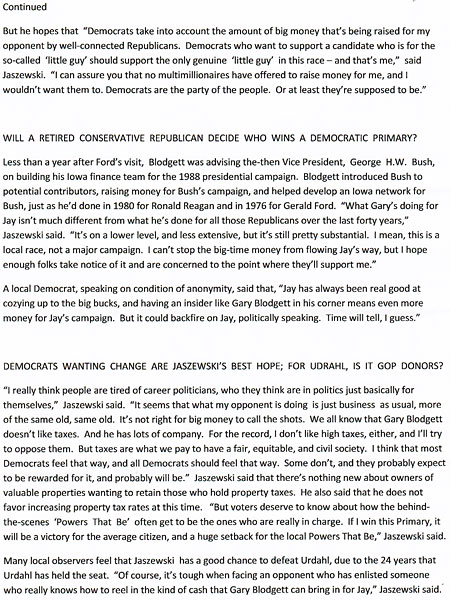 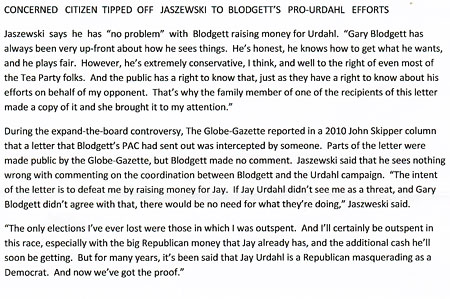