This news story was published on March 1, 2012.
Advertise on NIT • Subscribe to NIT 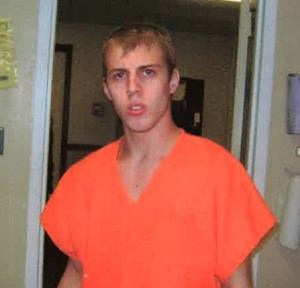 CHARLES CITY – A Charles City man received a lenient sentence for a sexual abuse charge and other charges.

Also on February 28th, Weiland dismissed a charge of sexual abuse in the 3rd degree (709.4).  Buseman then agreed to plead guilty to another charge of 3rd degree sexual abuse.  Buseman was given 3 years probation and a ten year prison sentence was suspended.  A no contact order was extended for 5 years.  Weiland suspended a $350 court surcharge as well.  In addition, Buseman received a special sentence under iowa code 903B.1, in which he will be supervised by the Iowa Department of Corrections for the rest of his life.  He will be responsible for court costs and attorney fees.

Buseman has a lengthy rap sheet, including driving while barred and other traffic violations, assault, violation of no contact order (dismissed, multiple times by Judge Ann Troge and other judges), interference with official acts (dismissed),  harassing a public officer, trespassing, possession of alcohol under the age of 21 and other alcohol violations, chasing and or harassing animals with a motorboat (462A.12(13)), and a loaded gun violation (483A.36-B).