This news story was published on February 18, 2012.
Advertise on NIT • Subscribe to NIT 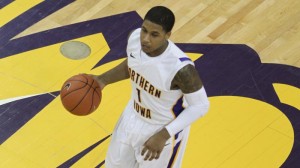 RICHMOND, Va. – The VCU Rams tallied a 77-68 win over the University of Northern Iowa Panthers on Friday in a SEARS BracketBusters in the Siegel Center.

VCU (23-6 overall) had four players in double figures, including a double-double from Juvonte Reddic with 15 points and 11 rebounds.

UNI shot 55.6 percent from the field, including 9-of-17 from 3-point land in the loss. The Panthers did tie a season high with 19 turnovers.

NOTES: Johnny Moran scored eight points and has tallied 999 points in his Panther career … Mitchell also tied a career-high with six assists … UNI’s two freshman shot all 13 free throws in the game as the Panthers went 9-for-13 at the line … VCU had its 17th straight sellout with 7,617 fans in attendance.