This news story was published on February 6, 2012.
Advertise on NIT • Subscribe to NIT 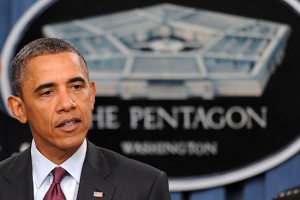 WASHINGTON – President Obama has ordered new sanctions on Iran, including its Central Bank, moving to enforce a law he signed in December.  The action is outlined in the following letter sent to Congreess today: Read the entire letter here.

Highlights of the letter include:

“The President found that the actions and policies of the Government of Iran threaten the national security, foreign policy, and economy of the United States.”

“I have determined that additional sanctions are warranted, particularly in light of the deceptive practices of the Central Bank of Iran and other Iranian banks to conceal transactions of sanctioned parties, the deficiencies in Iran’s anti-money laundering regime and the weaknesses in its implementation, and the continuing and unacceptable risk posed to the international financial system by Iran’s activities,” Obama said in the letter.

One Response to U.S. slaps new sanctions on Iran amid tensions