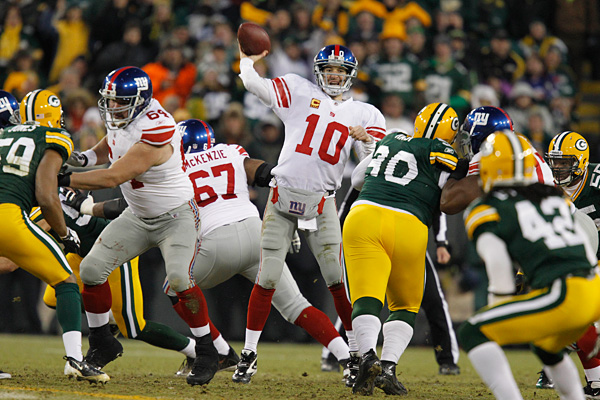 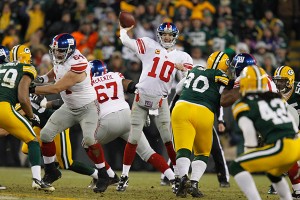 GREEN BAY, Wis. — When it comes to taking chances, Green Bay Packers coach Mike McCarthy tends to lean toward the aggressive side.

But against the New York Giants on Sunday, aggressiveness paid no dividends and probably cost him in a game whose momentum was up for grabs several times.

“Anytime you make a decision that has higher risk than normal, you tend to go back and look at it,” McCarthy said. “It’s something I do with the football team. I think it’s important to be accountable for your decisions that you make within the game.”

The first chance McCarthy took was a surprise onside kick after the Packers scored a touchdown to tie the game, 10-10.

It wasn’t an ideal situation because the Giants seemed to have an idea it was coming and kicker Mason Crosby was lined up farther from the side he was kicking to than normal due to the way the formation was set up.

“We did something a little bit different,” Crosby said. “I was a little bit left this time. I had to show it a little bit more right at the end of the approach. I didn’t hit it probably as high as I usually do, but it was right there at 10 yards.”

The guy who recovered it was safety Derrick Martin, a former Packers player who was a mainstay on special teams. If anybody was going to guess when the Packers were going to attempt an onside kick, he would be the one.

“It was close to being executed right,” Crosby said. “He made a good play. He didn’t fall for it. That’s the risk you take.”

McCarthy’s other gamble was a fourth-and-5 play at the start of the fourth quarter. The Packers were at the Giants 39 and while a field goal was a little risky, pinning the Giants down in their own territory would have given the defense a break.

But trailing just 20-13, McCarthy chose to go for it and quarterback Aaron Rodgers was sacked by linebacker Michael Boley at the 45-yard line. The Giants drove 38 yards for a field goal that made it a two-score game with just under 8 minutes left.

“It’s not the first time we’ve gone for it on fourth down,” McCarthy said. “We were probably 5 yards shy of the (field-goal) range that was established in pregame based on the wind. The fourth-down call, I really don’t have a problem there with the call.

“But I do understand that once they scored, it did make it a two-score game.”

The safety’s season ended in Week 2 with a neck injury. Inside the locker room after Green Bay’s loss to New York, Collins said he’s meeting with his doctor in March to re-evaluate his neck. He said he’ll go through various scans and check the range of motion and then make a decision on whether to resume his playing career.

He says he’ll try to be as prompt as possible to help the organization move forward.

“It’s cut and dry,” Collins said. “If the doctor says I can go back, I’m definitely going to go back. If he says to stop, I’m definitely stopping. That’s it. I’m not going to linger around and make this team suffer from waiting on a decision from me. That’s not the type of person I am. I want them to be able to make a decision early. We have the draft coming up. Maybe they want to draft somebody.”

It wasn’t easy for Collins to watch Green Bay’s season end like this. The pass defense set a league record for yards allowed this season and Sunday was no different. Collins’ absence was clear.

“It was definitely hard (to watch),” Collins said. “It’s tough that I’m not able to go out there and physically help the team win. But I was there supporting them on, cheering them on, just trying to uplift them. We fell short. The best team won.”

Word play: B.J. Raji trains with Giants guard Chris Snee in the off-season. During the off-season, they’re friends. During the week, when asked about the Giants’ offensive line, he said, “Not saying they’re soft, but not the toughest group I’ve been against.” In response, Snee sarcastically responded that Raji’s comments kept him up all night.

After Sunday’s loss, Raji said his words were taken out of context.

“We talked after the game and they didn’t take offense to it,” Raji said. “I understand I need to do a better job of dissecting questions because the question that was asked of me was ‘rate this line,’ not ‘do you think they’re soft?’ The question was, ‘How do you rate this line? Are they the toughest line you have to play against?’ My answer was, ‘no.’ I was just being honest.

“Looking back, I could have used a better response. Nothing to fuel the fire.”

Raji doesn’t believe the Giants used his comments as motivation.

“No, not at all,” Raji said. “Those guys wanted to come in here and win. They were very confident. I don’t think they used it. I wouldn’t use it. If you need comments to rile you up, then you’re in the wrong profession. Those guys came in with a game plan and executed.”

Up to the boss: Tight end Jermichael Finley didn’t receive a new contract in the regular season. Now, he waits.

After not giving him a multiyear deal in the regular season, there’s a good chance the Packers will give Finley the franchise tag.

Out of the mix: Defensive end Howard Green said he was not upset that he wasn’t active for the game.

Green said he was nursing a foot injury and that while he could have played, the game plan called for more pass rushers than run-stuffers.

Among the other inactives were linebacker Vic So’oto, tight end D.J. Williams and linebacker Robert Francois, all of whom have been active during various weeks of the season.