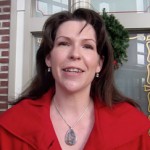 Occupy Mason City’s Robin McClelland (pictured) urged supporters of the movement to get out and vote.

She said she didn’t think there would be any disruptions at any of the caucus locations in Mason City, but took issue with the prospect of any one who “disagreed” being thrown out and not being allowed to vote.

The Iowa Republican Party did put out he following directive to its members on how to deal with disruptive individuals at the caucuses:

In anticipation of potential disruptions to the Iowa caucuses, the Republican Party of Iowa (RPI) has developed an action plan to address threats by disruption-minded individuals on caucus night. Your assistance in carrying out this plan from the county and precinct level is greatly appreciated.

In the event of an outside disruption concerning any aspect of the operation of the caucus, your first call should be to local enforcement.If a disruption requiring action occurs, your primary role is to facilitate the response by law enforcement. Law enforcement officials have a duty to protect First Amendment rights to free speech and assembly, but they also have a duty to enforce lawful restrictions on the time, place, and manner of exercising those rights. It is the responsibility of law enforcement to take necessary action to remove or otherwise physically confront non-compliant individuals.Caucus leaders must give clear verbal instructions at the caucus directing individuals to comply with caucus rules and procedures (i.e., direct disrupters to “STOP TALKING” or to “LEAVE THE BUILDING”).

Caucus leaders should not, however, physically contact or otherwise forcefully confront non-compliant individuals.