This news story was published on November 5, 2011.
Advertise on NIT • Subscribe to NIT

MASON CITY – Occupy Mason City was back in Central Park again on Saturday. It was a chilly day, but protesters stayed warm with soup and cider. Some protesters came from as far away as Thornton and Charles City.

The event, which started at noon, kicked off with a glitch right away, as no power was available in Central Park to help heat the soup and cider that was brought down for the protestors.

“Curiously, no power was on today,” said Robin McClelland, who helped organize the event. “It’s always been on up until today.”

A few calls to city officials brought the power back and all was well.

The latest message from Occupy Mason City was to dump the “big banks” and move accounts to local credit unions. More than 75,000 people have pledged to participate in “Bank Transfer Day” by November 5th.

Other protestors traveled from nearby towns to participate. Steve and Theresa Sullivan of Charles City said they were at the event for their children, as the standard of living seems to be dropping and they are concerned for the future.

“I believe there should be a flat tax, Steve Sullivan said. “Where are all the jobs going? Mexico, China, places like that.”

“My husband and I are here, not just for ourselves, but for our grandchildren and children that are not here,” Theresa Sullivan said. “This is a voice for people that feel this country is not as strong as it used to be.”

Mark Suby of Mason City said “There’s no middle class.” He said local businesses would suffer as the middle class vanishes. “I’ve been a member of a local credit union for years, and I transferred more over there just today.”

Protestors brought home made signs and eventually moved to Washington Avenue to display them to motorists passing by. They got a few honks of support. About 30-40 people attended the event, as many came and went throughout the afternoon. 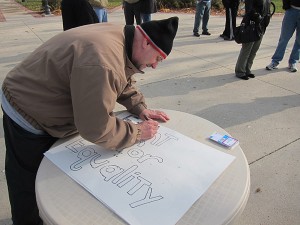 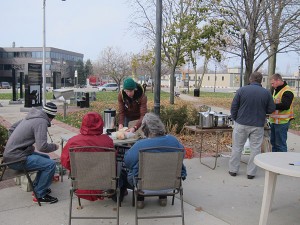 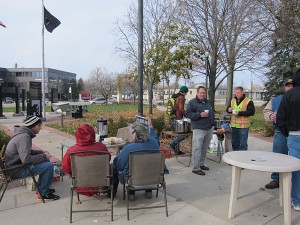 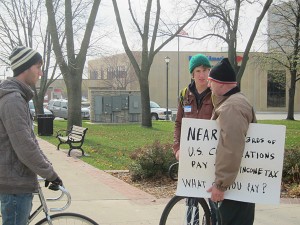 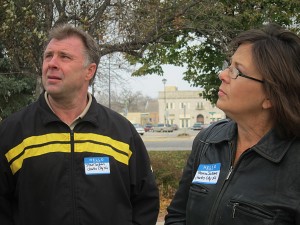 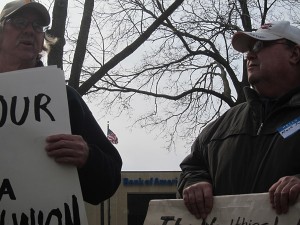 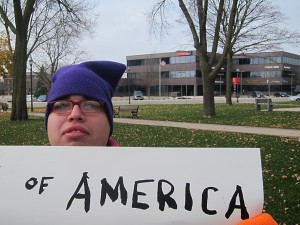 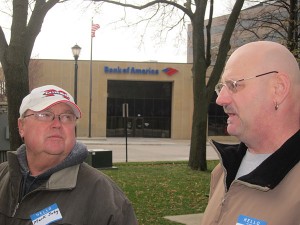 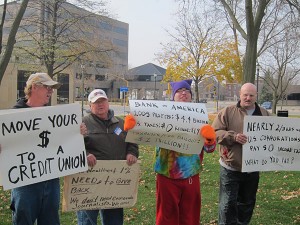 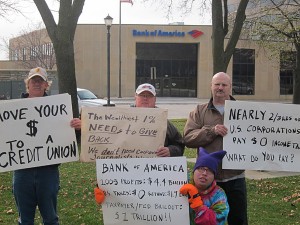 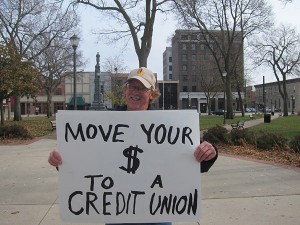 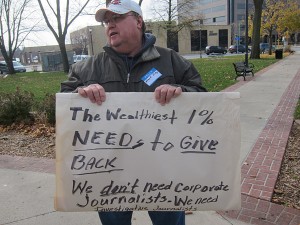 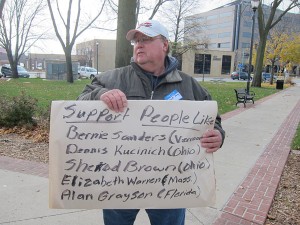