This news story was published on May 31, 2011.
Advertise on NIT • Subscribe to NIT

MASON CITY – Presidential candidate and Texas Congressman Ron Paul visited the Rose Bowl in Mason City Tuesday afternoon, bringing his unique message to a crowd of over 100 people. Paul blasted the national debt and warned that our currency (the dollar) is rapidly losing value.

Known affectionately as “Dr. No,” Paul has never voted to raise taxes and believes in a strict adherence to the Constitution. “My wife says it wouldn’t be so bad if I was called Dr. No with a “K” on the front of it,” he said.

Paul’s platform centers on personal freedom and less federal government interference. He also believes the United States should be on the “gold standard” where our currency is fully backed by gold reserves. Forbes.com has said “The Texas congressman says gold as currency would render the Federal Reserve obsolete.”

Paul warned the crowd that our current deficits are carrying the nation toward disaster. “We cannot maintain this. In reality, we are going 5 trillion more in debt each year.” Paul says the current “token” moves in Washington toward a balanced budget and cutting expenses are not nearly enough.

Paul says that the United States should stop sending foreign aid, and all other countries should be treated as we treat Canada. “We send them no aid, and they are a huge trading partner.”

Paul invoked several Bible passages during his speech and says human rights come not from your government but from your creator. Paul is a staunch pro-lifer and as a medical doctor claims to have delivered over 4000 babies.

It has been said in the media the Paul is unelectable. When asked how he can overcome that, Paul said “I think we are mainstream. I can’t control how the media labels me.” 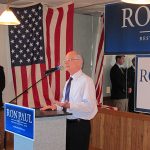 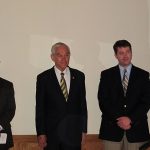 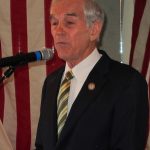 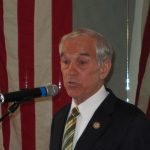 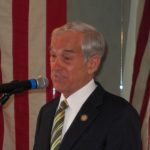 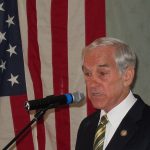 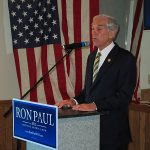 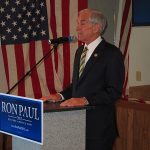